A Showpiece for a showcase

A very happy new year to you! We are kick starting the year with an insight into how we created one of our best invitations to date from 2016, a true showpiece for a showcase, it’s a bit of a long first part, so grab a cuppa and come behind the scenes to see how the story unfolds… 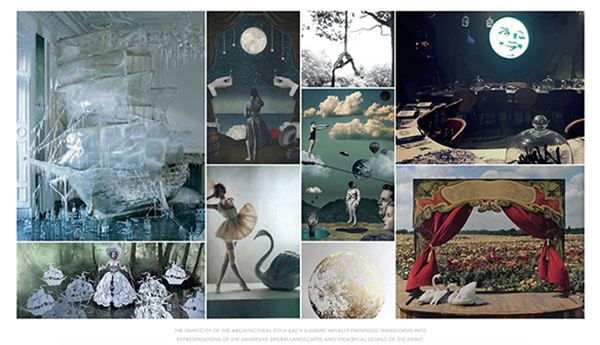 Almost a year ago we sat down with Adam from Private Drama to discuss some initial thoughts for another collaborative showcase. Every time we have so much as a conversation with Private Drama it sparks a flurry of ideas and concepts that excite and we constantly aim to create something that others haven’t done in the past. Both ‘Once upon a night in Mayfair’ and ‘Feasting with Panthers‘ were spectacular show pieces for all involved and lead the way for experiential event design with top event suppliers all participating to create, what was then, a new concept. A few years on and we felt it was time to flip it on it’s head and create a smaller, intimate event, still experiential, but really showing off everyone’s craft. 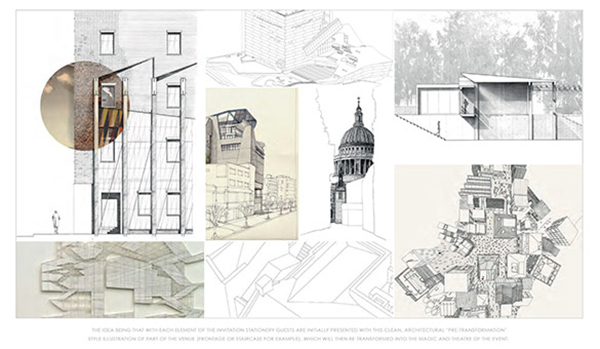 First and foremost, we had the venue, One Adam Street, where, behind it’s unsuspecting Georgian front door,  a vaulted basement lies deep in the heart of London with nooks, crannies and spiral enclosed staircases for people to get lost amongst the story telling. The mood was to transport those visiting to another place, an ethereal place with experiences unfolding as they travel. And so to work we went..

The invitations had to convey the intimate nature of the event, yet show the unfolding and unwrapping of the inside from the unsuspecting outer shell. Our concept was to focus on the traditional exterior of the building, something we recognise and know so well along the streets of London, but then unveil what will be happening within, a magical evening transporting you to another place. 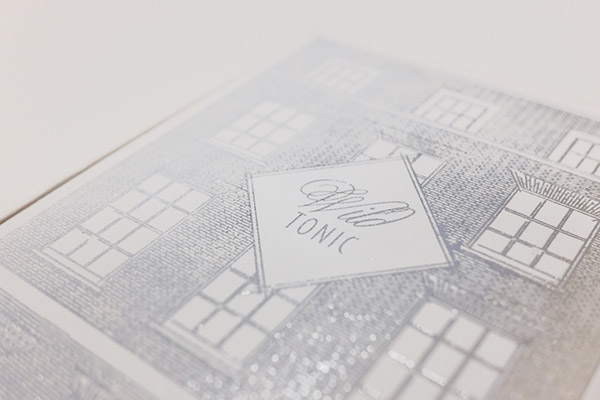 We decided a traditional box was to be created with an illustration of the building on the front, silver foiled and very recognisable, then we wanted the box to turn into a piece of magic and when it opened it almost turned inside out, it was here where the magic of illustration and laser cutting came to life, by pulling the tab on the box you open a fan of illustration with nods to what you might experience at the event itself. In pulling the invitation open, the recipient is playing an integral part in transforming the box into something you really weren’t expecting, and that was the concept coming full circle for us. 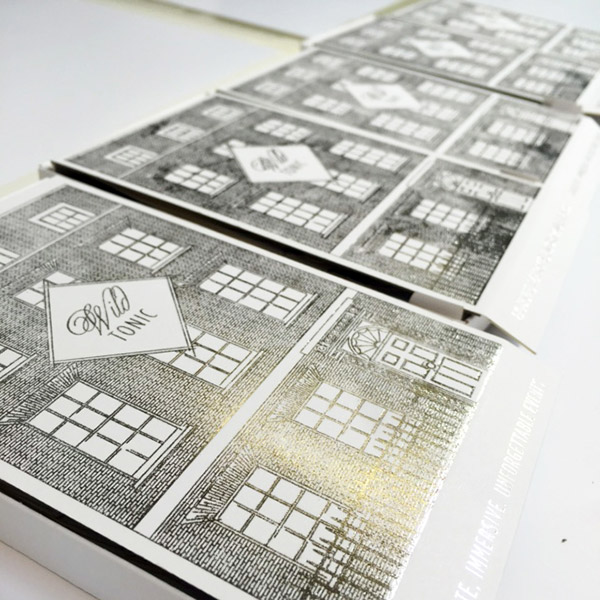 To make this happen, Claire, Emi and our production team spent a huge amount of hours creating a (very secret) paper mechanism to make the idea actually work, originally we wanted the two sides of the box to open as this is something we have done in the past and it feels like magic when you open it as it happens so seamlessly, however this time it didn’t work for this concept, so we left it as one end opening and the difficulty was getting the fans to pull out and flip back in again when closed. We did manage it, and the result was really beautiful. Claire created stunning illustrations for the ‘fans’ which conveyed the concept for the entertainment for the evening. These were digitally printed then laser cut, a technique we are using more and more as it’s so striking.

It took a huge amount of man hours to create so many and the assembly was complicated, we learnt a lot as you do when you innovate and if we are to do it again, there will be a couple of tweaks, but not too many. 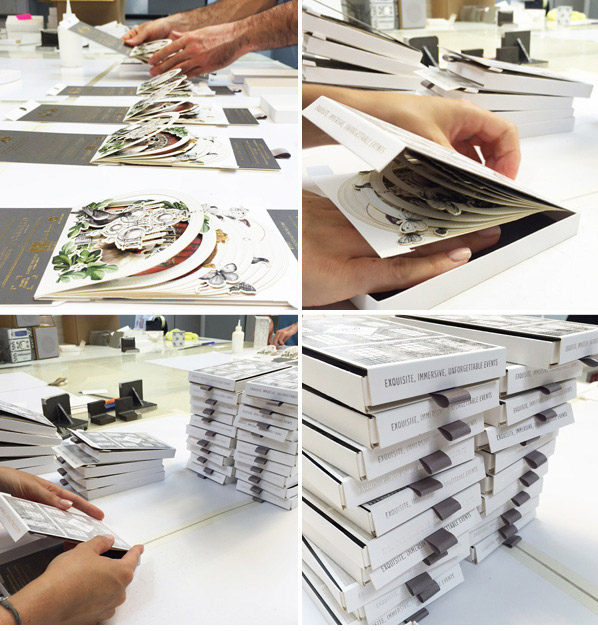 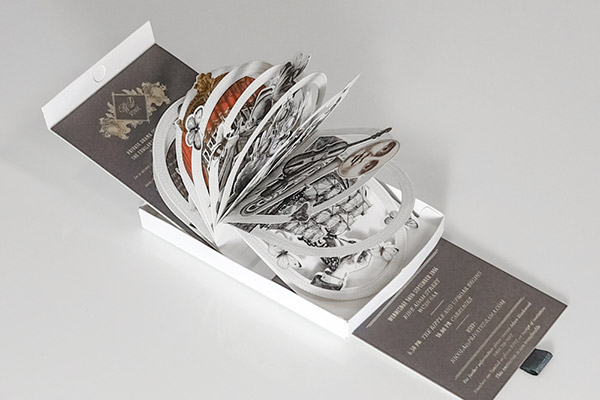 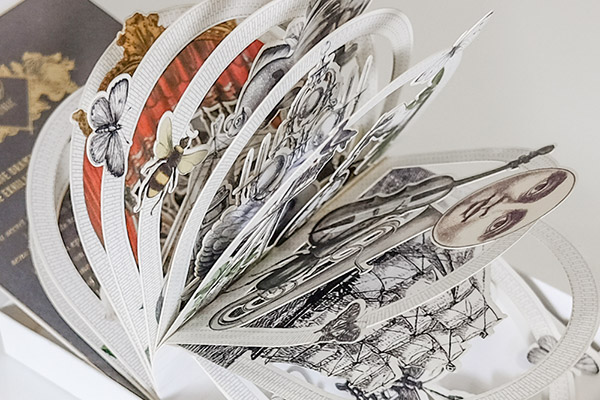 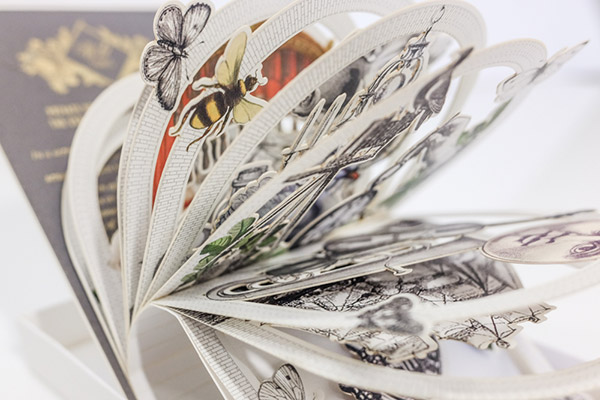 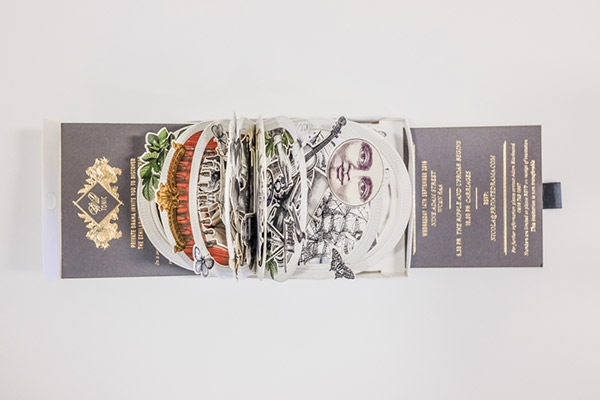 Ultimately the invitation was another showstopper, it conveyed the concept perfectly and it was then over to the rest of the collaborative team to make the event come to life.

The making of Wild Tonic invitation by Cutture from Cutture London on Vimeo.

The next installment will show the event itself and some other pieces we created alongside Private Drama, Last Supper, Larry Walshe and Wise Productions for a truly beautiful event…and then there is the small matter of Augmented reality to cover, we shall save that for the next newsletter…