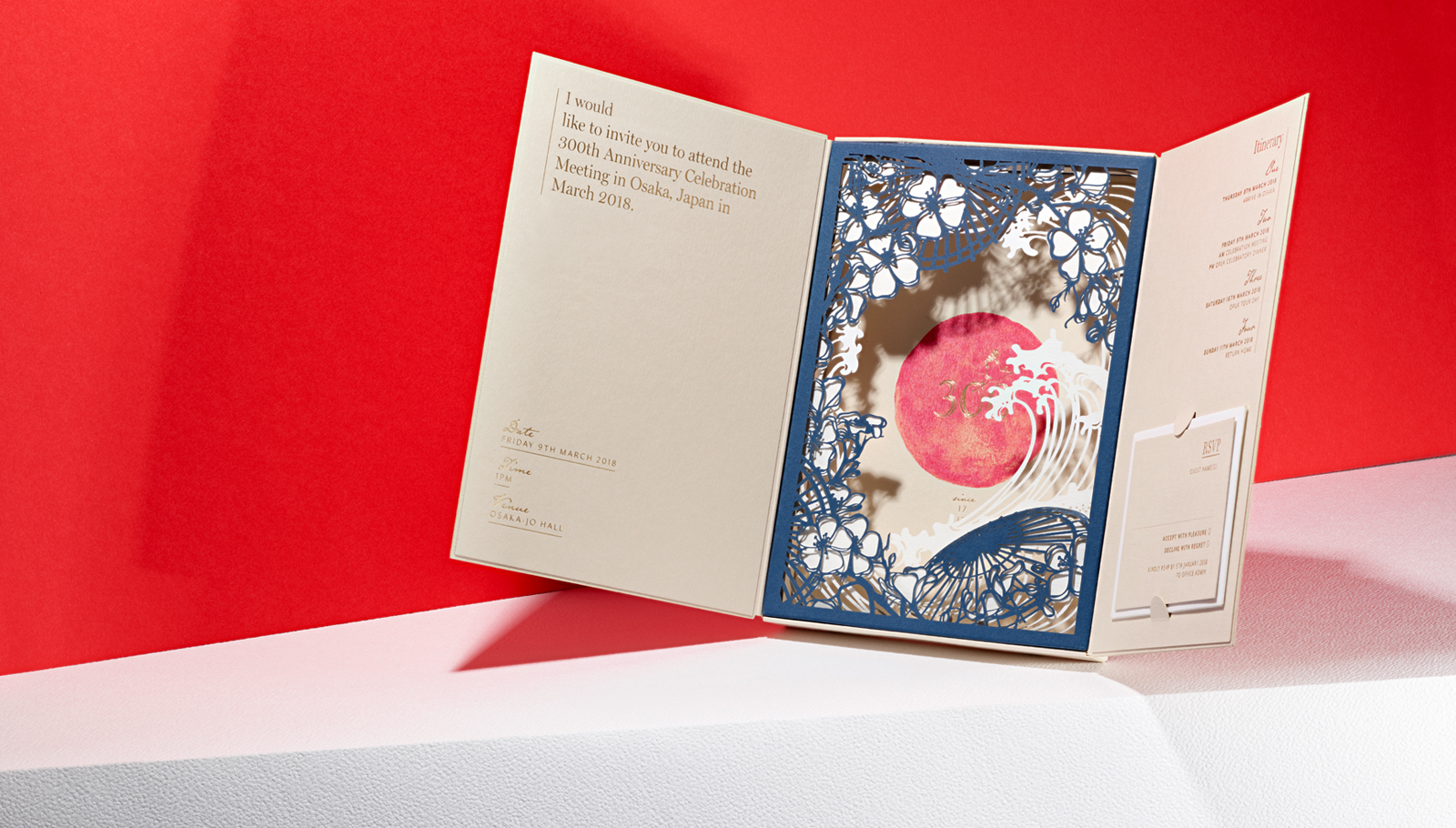 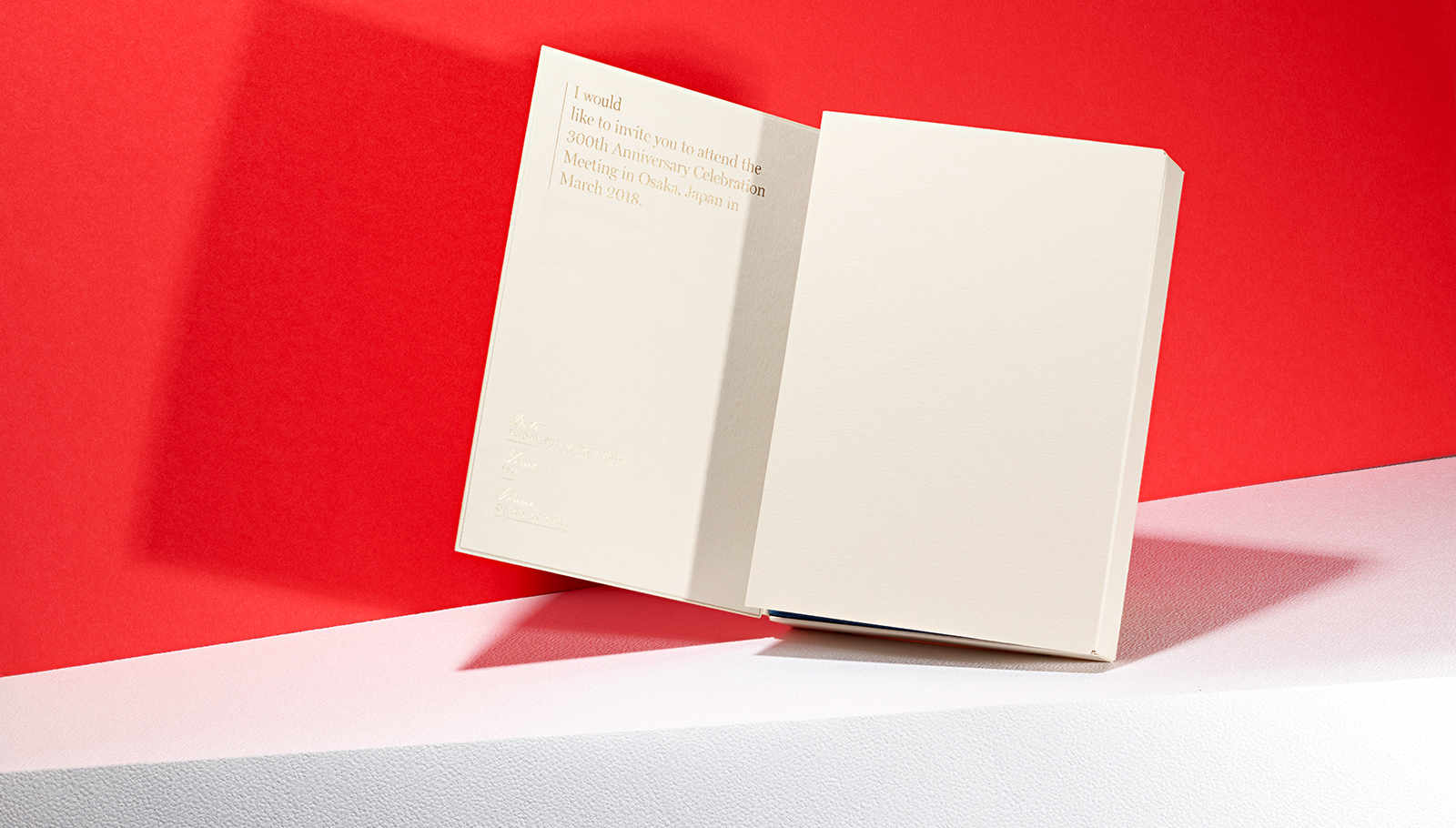 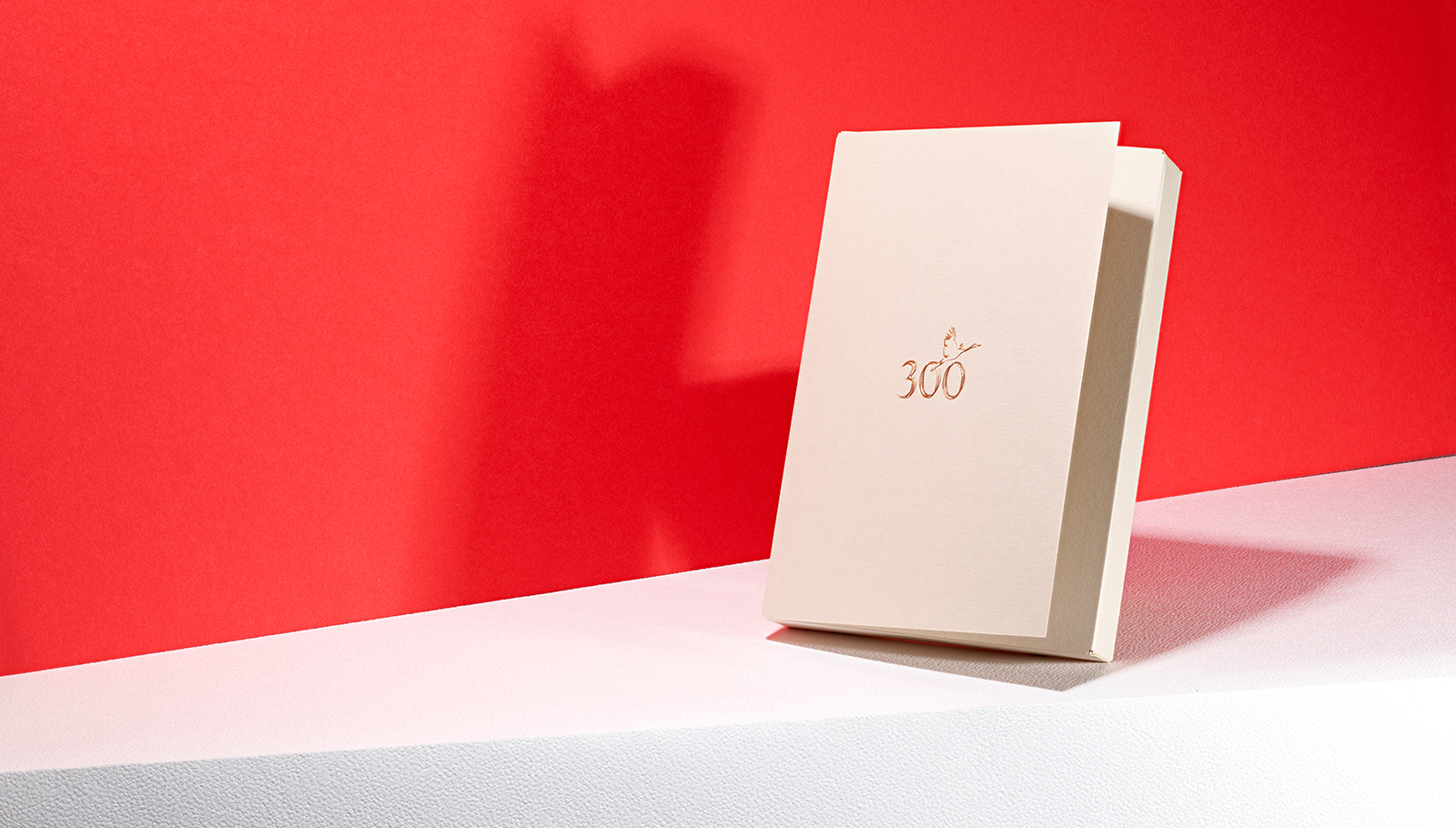 The pharmaceutical giant was celebrating their 300th anniversary – quite the achievement! –  by taking their UK employees on an exciting getaway to Japan.

The boxed invitation has a modest outside, with just the foiled emblem of the event on the front.

However, once opened, the recipient discovers the big reveal inspired by Japanese artistry and scenery. Laser cut from luxury white and blue, Cutture created a beautiful scene framing the one again foiled emblem over a watercolour rising sun. 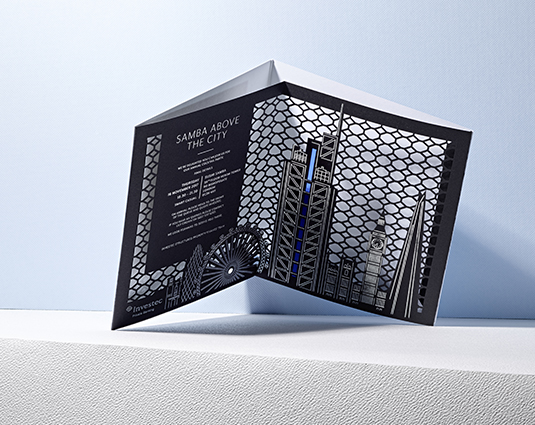 Samba in the City 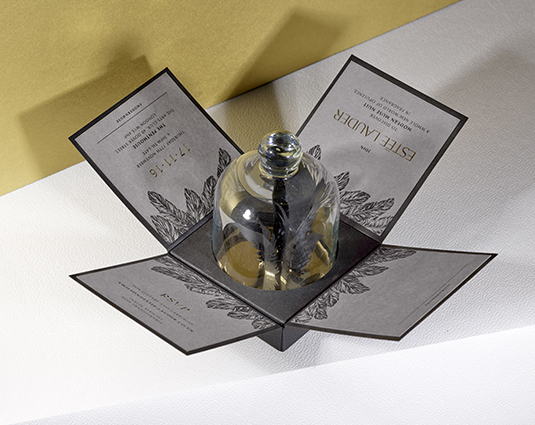 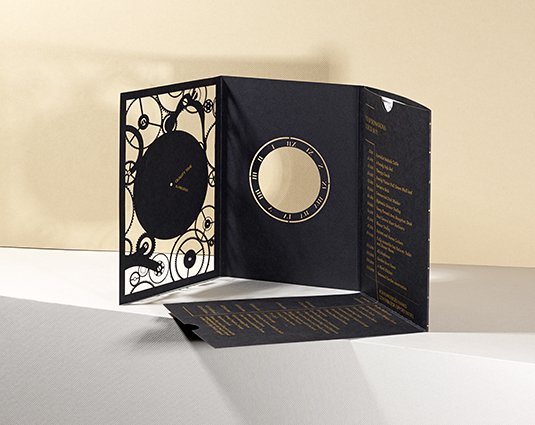