Towards the end of 2017, Cutture was shortlisted for it’s second award of the year and we are very happy to say we were presented with Social Stationery printer of the year at the 2017 Print Week awards! 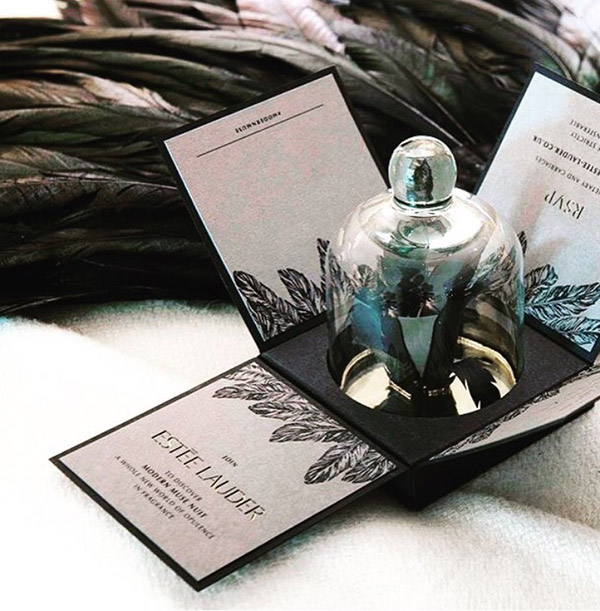 At the beginning of 2017 we decided it was time to enter some awards, as whilst we have made a few, we have never actually entered any. So we searched for the ones we felt were most credible based on design, messaging and craftsmanship. Early in the year you may recall we scooped the Print, Design and Marketing award for best Graphic Design, which in itself was a huge honour, so to then go on and win Social stationery printer at the Print Week Awards was the icing on the cake! 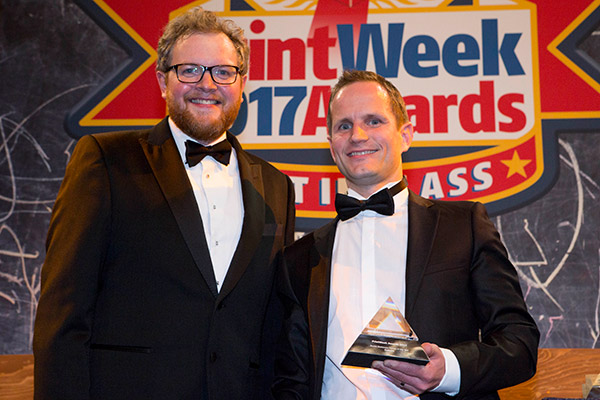 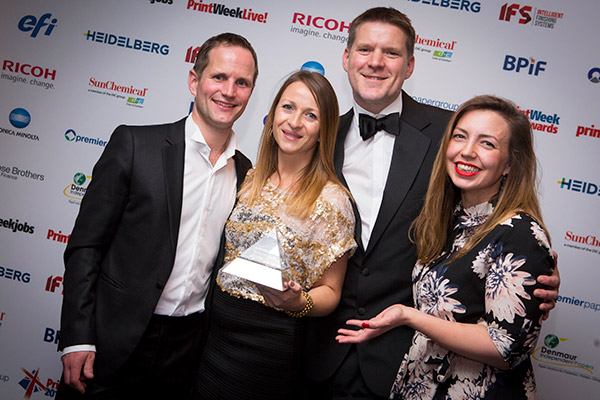 The Print week awards are one of the most respected in the Printing industry, with over 800 people attending the awards, we were up against global printers and very well established brands, so to even be shortlisted was a surprise. 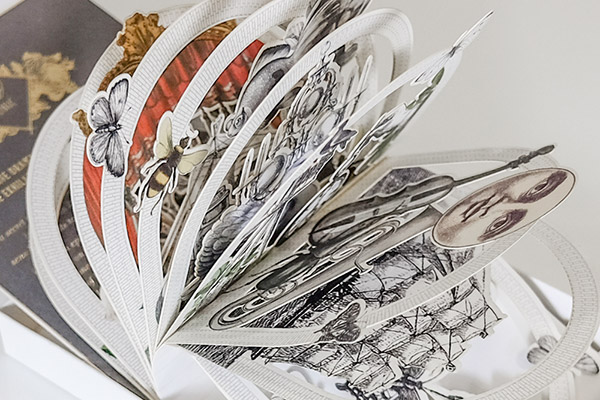 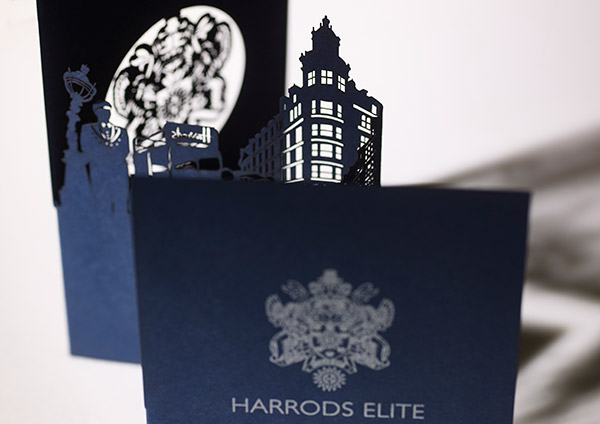 The rigorous entry process saw Cutture forwarding four separate creations to fully showcase what the company can do. This included pieces designed and created for Estee Lauder and Harrods. According to Print Week: “Judges wanted consistently good quality of print and finishing as well as repro for a category where detail is everything. They were not disappointed. ‘Every part of this submission had the wow factor: very technically demanding and finished with real attention to detail’.” 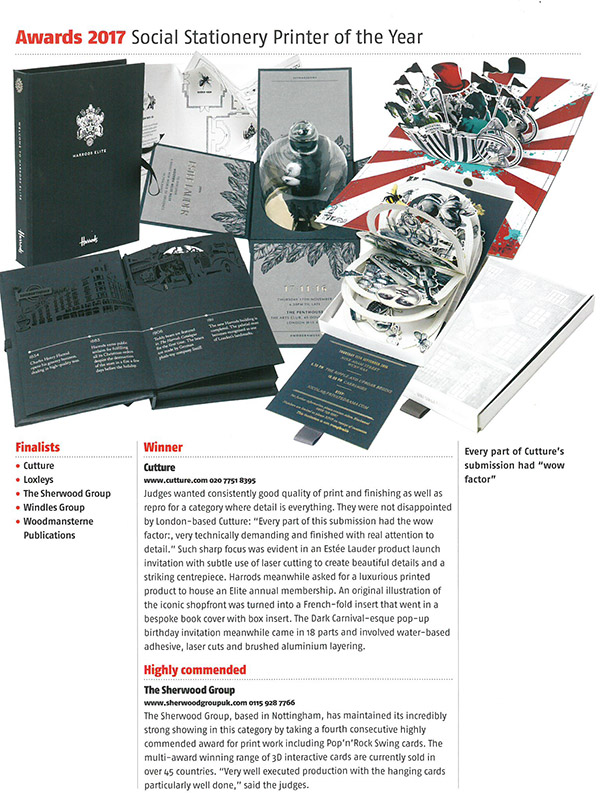 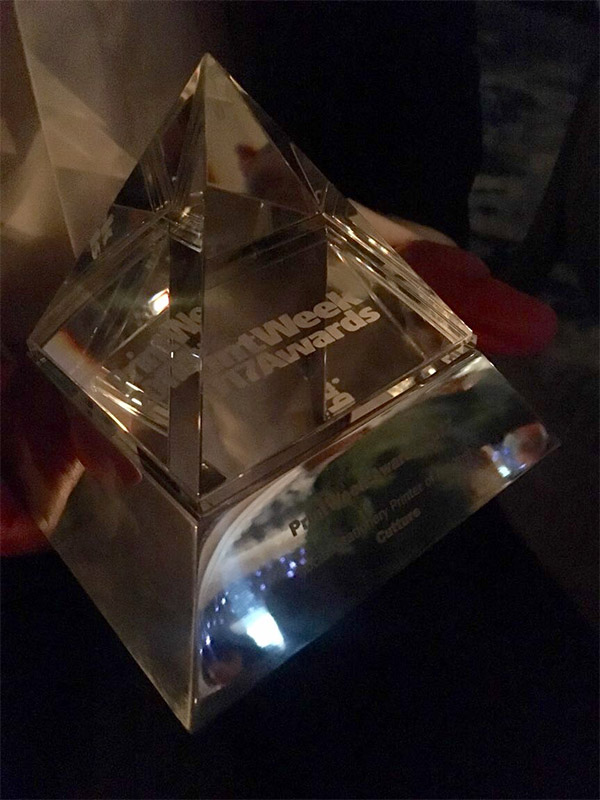 We are thrilled to be named Print Week Social Stationery Printer of the Year, it really did round off a fantastic 12 months as Cutture and Laser Bureau have grown and had the opportunity to work on some wonderful and challenging creations. We love what we do and relish the chance to create event and wedding stationery that guests won’t forget. It really is hugely rewarding to be recognised by the industry and definitely a highlight of 2017.

A huge thank you to Print week live and Print Week magazine, a lovely full-page spread was featured in their awards magazine following the awards, a great evening.